The development of cargo containment centers is a significant opportunity for the increase of the potential railway commercial container traffic. Based on the articles of incorporation of GAIAOSE and L. 3891/2010 in the commercial activities that GAIAOSE can undertake, the creation of cargo container centres is something which is included.

For the development of cargo container centers. GAIAOSE SA has in its possession a plot of land with a total area of 588 stremma (as sole owner) in the location of Thriasio Paidio in Attiki, as well as approximately 600 stremma (as end user) in the Diabaton location in the Municipality Delta Thessalonikis.

The Cargo Container Center of Thriasio Paidio will be installed in a real estate property with a surface area of approximately 588 stremma owned by GAIAOSE SA.

This is a groundbreaking project from Greek standards. The large size (with a capacity for building approximately 240,000 sq.m. of enclosed areas with the possibility for deviation from the terms of construction and the height of construction after the issuing of a relevant Presidential Decree), its strategic location near the largest urban centre in the country, the high quality road connections to the main highways of the country, and mostly its interconnection with the port of N. Ikoniou and the railway network, is expected to dynamically contribute to the modernization and development of container and cargo based shipping. 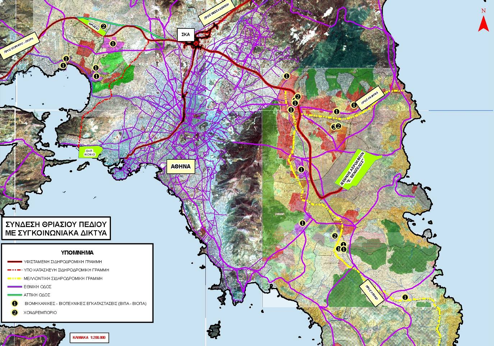 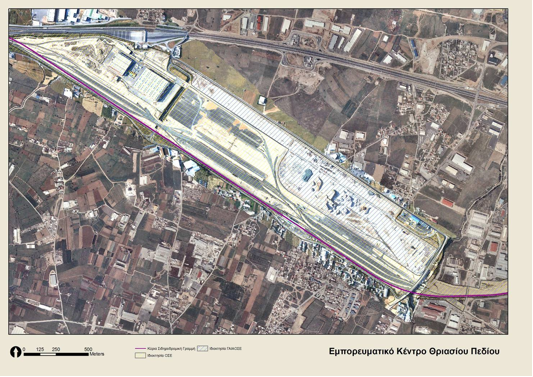 Under Law 3534/2007 a plot of land with a total area of 600,00 sq.m. was given to be used by GAIAOSE SA, in the greater metropolitan area of Thessaloniki and more specifically in the Delta Prefecture, and is part of the now defunct military camp Gonou. The property has a railway connection with the Commercial Station of OSE and the Port of Thessaloniki (ΟΛΘ), which has been run down and in which an upgrade is required.

The location of the property, its large surface area and the railway connection it possesses, make it especially attractive for the development of a cargo container centre, with a special value to the local community. 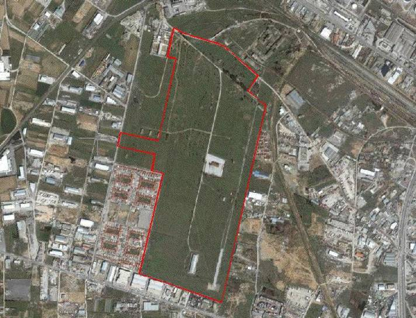